by the fashionista cook

This dish is a staple in a Cuban household along with rice and beans, and fried plantains. Growing up in my family it was traditionally served on Christmas Eve. However, over the years I’ve realized that it is served at just about every Cuban gathering.

Typically it is a leg of pork but, a pork shoulder would work as well. This was about a 5 pound pork shoulder for 3 servings and enough left overs for a Cuban sandwiches.

This is low maintenance but it does have to be marinated the day before and he time in the oven depends on how large the meat is and of course your oven. 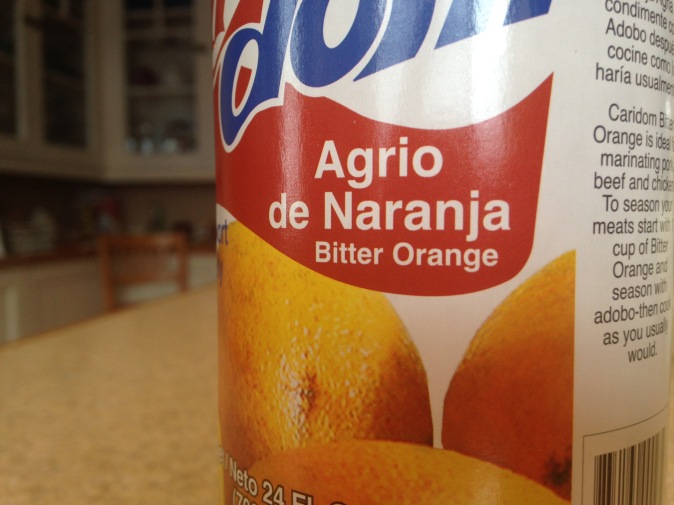 Or if you can find a bottle of bitter oranges works the same.

Using a mortar and pestel crush the garlic, oregano, 1 tablespoon of salt, cumin and pepper. Wash and put dry the meat. Using a knife open random slits about 2 inch thick all around the meat and stuff it with the garlic mixture. 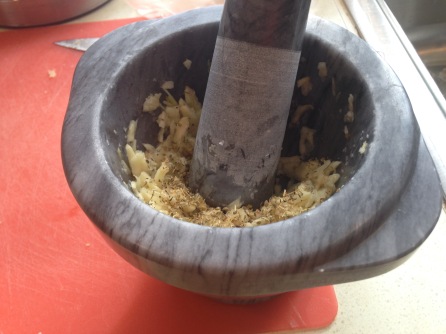 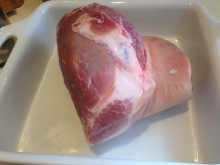 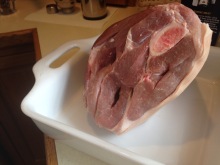 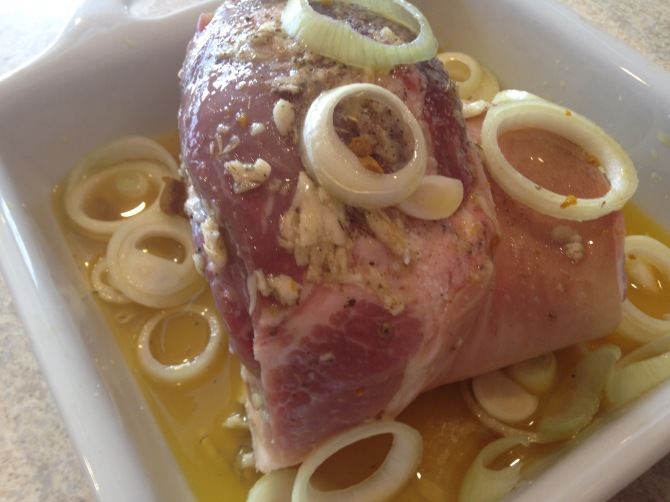 Leave some to rub on the meat. Salt the meat and pour the juice of the sour oranges and oil over the meat. Sprinkle the onions over the dish and marinate in the fridge covered in foil overnight.  Turning the pork once after 8 hours.

Preheat the oven at 325F. I took out the onions to make a mojito, later. Place the meat covered in foil in the bottom rack of the oven. For the 5 pound it took 3 hours. Adjust if the meat is larger. It should be very tender and about falling apart. Baste the meat and reserve about a cup to 2 cups of the marinade for the mojito. Rise the temperature to 350 an uncover. Cook till looks toasted, it took about 30 minutes.

Meanwhile, the mojito. Bring the reserve liquid to a boil with the onions and pour over the pork before serving. 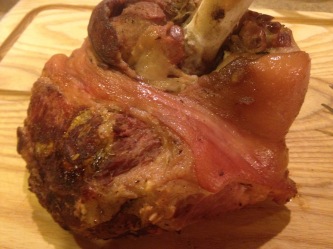 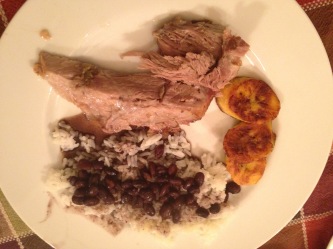 Translate to your Language

A Vegetarian Food Blog with a Twist of Adventure

Embracing food, love, and our weird sense of humor.

Original stories just for you

What you think....that you are✨

A recipe swap for busy people!

I hope that someone sees this page and decides not to give up...

Ideas and recipes for all kinds of cooks and eaters.

A cooking survival guide for those who don't know how